Witty Pi 4 L3V7 is an uHAT shaped add-on board that adds realtime clock and power management to your Raspberry Pi. It uses 3.7V Li ion/polymer battery and has built-in UPS functionality.

Witty Pi is an add-on board that adds realtime clock and power management to your Raspberry Pi. It can define your Raspberry Pi’s ON/OFF sequence, and significantly reduce the energy usage. Witty Pi 4 L3V7 is the new member of the fourth generation of Witty Pi, and it is designed to work with 3.7V Lithium (ion or polymer) battery (that’s what L3V7 stands for), and can be used as an UPS.

Witty Pi 4 L3V7 has these hardware resources onboard: 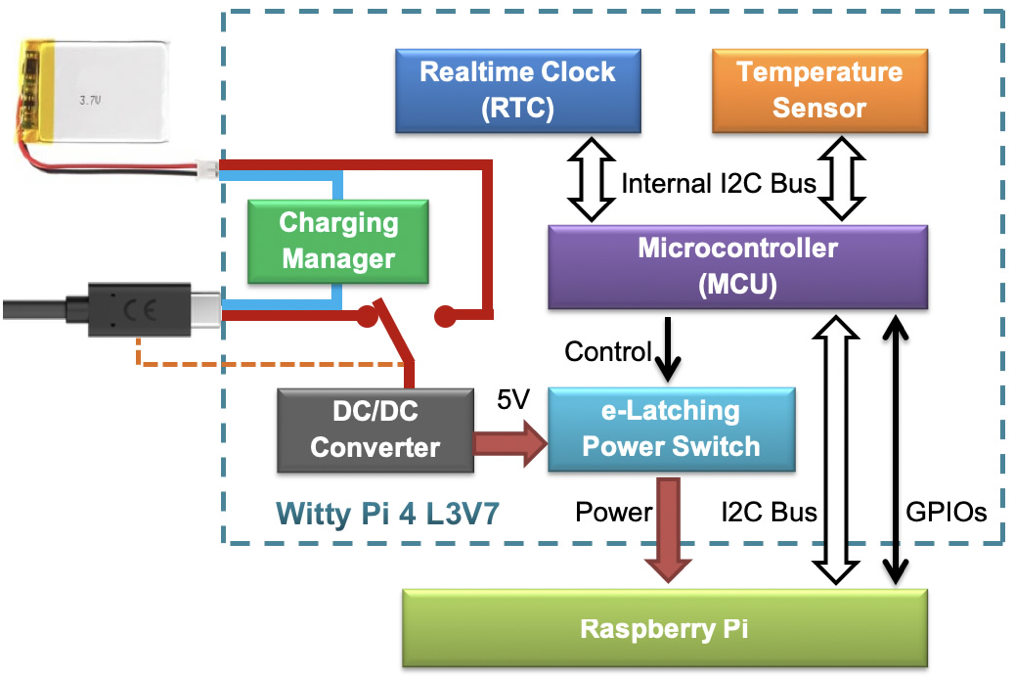 Remarks: Witty Pi’s software is developed and tested under Raspberry Pi OS (the former Raspbian). If you want to use Witty Pi on other Linux distributions, you may not be able to install the software without error. This is due to the fact that different Linux distributions have different packages installed by default, and their default users may have different privilege settings too. You may need to modify the software installation script or even the software itself, however this will need you to have some knowledge of BASH programming.

Witty Pi 4 L3V7 has integrated the battery charging circuit and DC/DC boost converter on board, and it can be used as an uninterruptible power supply (UPS). Witty Pi 4 L3V7 can work with all chargeable Lithium Ion or Lithium Polymer battery that has nominal voltage of 3.7V (and full-charged voltage of 4.2V). 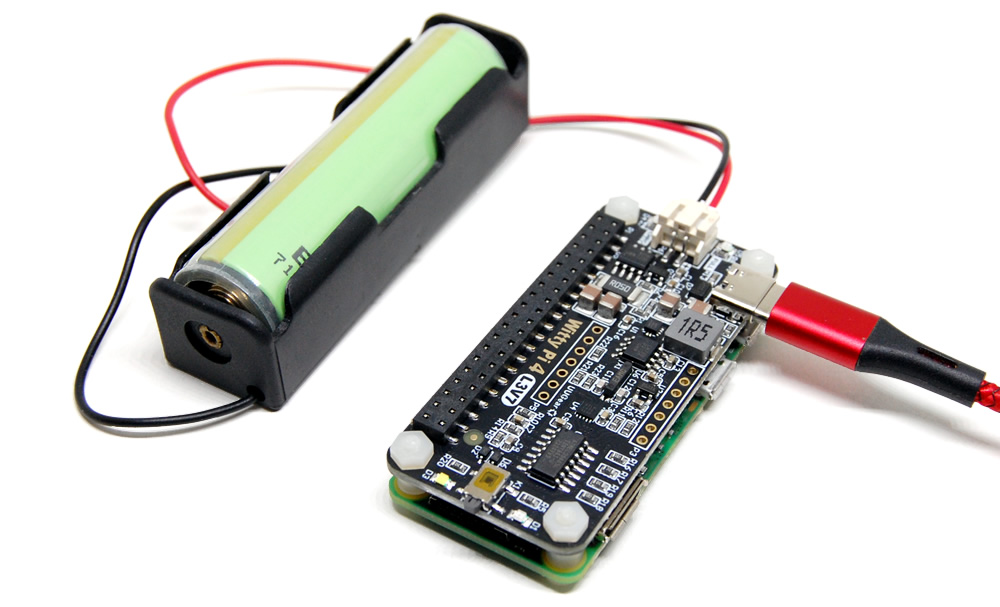 When 5V power supply is connected to the USB-C connector on Witty Pi 4 L3V7, it will take the priority to power the board with Raspberry Pi together. In the meantime, the battery is disconnected from the power rails and gets charged.

After 5V power supply is disconnected, the voltage of the battery will be monitored by Witty Pi 4 L3V7. Once the battery voltage drops under a preset threshold, Witty Pi’s software will perform a graceful shutdown and then cut the power of Raspberry Pi. By adjusting the low voltage threshold, you can decide when should the device shutdown before the battery is fully discharged.

The realtime clock (RTC) on Witty Pi 4 L3V7 has been calibrated in the factory and Witty Pi 4 L3V7’s firmware also makes temperature compensation for the crystal. This makes the RTC very accurate and the actual annual error is limited within ±2ppm. When your Raspberry Pi boots up, the time stored in the RTC will overwrite the system time. As a result, your Raspberry Pi knows the correct time even without accessing the Internet. You can schedule the startup and/or shutdown of your Raspberry Pi, and make it a time-controlled device. You can even define a schedule script to schedule complicated ON/OFF sequence for your Raspberry Pi. 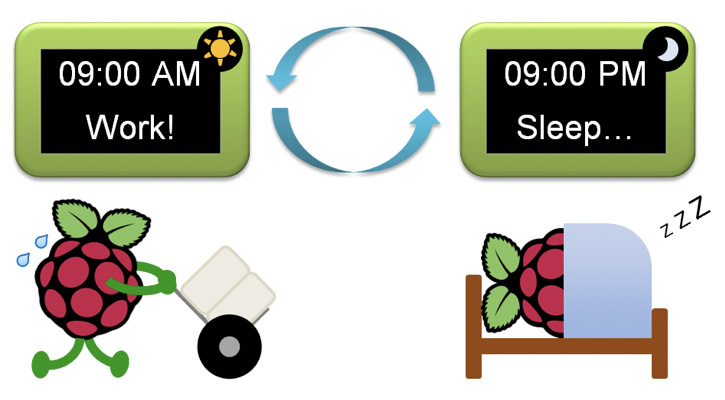 Scheduling the ON/OFF sequence for Raspberry Pi is the most popular feature of Witty Pi, and it is extremely useful for systems that powered by battery. By only turning on Raspberry Pi when necessary, the battery can be used way much longer with Witty Pi installed.

The temperature sensor on Witty Pi 4 Mini has 0.125 °C resolution. The temperature data is used for compensating the crystal and make the RTC more accurate.

You can also specific the action (startup or shutdown) when temperature goes above or below the preset threshold. Which means you can also make your Raspberry Pi a temperature-controlled device.

Witty Pi 4 L3V7 implements an e-Latching power switch, which behaves very similar to the power switch on your PC/laptop computer. You can gracefully turn on/off your Raspberry Pi with a single tap on the button. The software running in background will execute the shutdown command before the power gets cut, and it avoids the data corruption caused by “hard” shutdown. 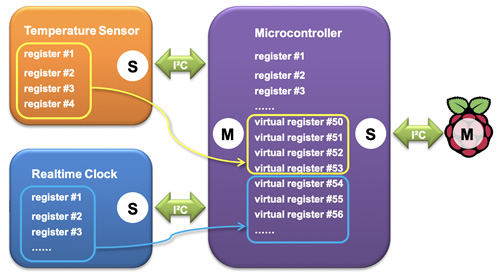 The advantage of this new design is that Witty Pi 4 hides other I2C devices (realtime clock, temperature sensor) and becomes the proxy of them to talk to Raspberry Pi. Because the I2C address used by Witty Pi 4 can be changed to any value, you can always avoid the I2C address conflicting.

The software and firmware of Witty Pi 4 L3V7 are open-sourced. You can find the source code on GitHub.

More information about this product can be found in its user manual: https://www.uugear.com/doc/WittyPi4L3V7_UserManual.pdf 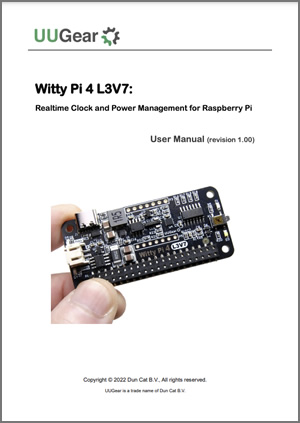 You can now use our web app to create and debug the schedule script for Witty Pi.